Wishful Recycling: How Can We Recycle Better?

The following is a guest post by Laura Hernandez, the founder of Gwinnett Recycles. Gwinnett Recycles is a grassroots organization advancing waste diversion in one of Georgia’s largest counties.

Recycling correctly is so important. Surprisingly, what we don’t put in the recycling bin is just as crucial to keeping the system functioning smoothly as what we do—if not more so. Recycling can also be complicated, and our waste haulers and local governments too often leave us flying blind. Are you guilty of wishful recycling? Have you ever sheepishly put something into your bin not actually knowing if it was recyclable? I think we all have!

When I created Gwinnett Recycles in 2016 to team up with people in my community with a passion for trash—and making less of it—I dove into recycling industry news and networking. A buzzword I heard over and over again was “wishful recycling.” A lot of us are what the industry calls wishful recyclers, who put extraneous items into recycling bins hoping that somehow, some way, they can be recovered and given a new life.

Sometimes we do it because we just aren’t familiar with the recycling rules. Sometimes we do it because we think something should be recyclable, and we think maybe if the recycling center gets enough of this particular item, they’ll decide to start recycling it. Other times, we’re just having a lazy moment. We would rather leave it to someone else to figure out how to dispose of our stuff responsibly. We get the green glow from just dropping it into the recycling bin, and then we’re on to other things. Whatever the reason for it, wishful recycling causes really big problems.

The Problem with Recycling Contamination

Recycling contamination was already a problem, but now it’s a crisis. Several years ago, China set out to clean up its environment and improve public health. One of the major initiatives of this effort was to stop taking the world’s recyclables for processing. While completely understandable, this move threw the global recycling market for a loop.

Get 10% off your first zero waste order and all the latest Tiny Yellow Bungalow news!

China had been the biggest player in the game: For 25 years prior, China processed nearly half of the world’s recyclable waste, including most #3 through #7 plastics from the U.S. and Europe. In 2018, China’s imports of recycled plastics plummeted by 99 percent.  Imports of mixed paper (like our junk mail, magazines, and office paper) dropped by a third. Contamination was a top factor leading to China’s decision to stop accepting foreign recycling. Chinese officials complained that much of the recyclable material the country received had not been properly cleaned or was mixed with non-recyclable materials.

China’s decision led to major ripple effects in how, where, and even if materials are recycled. Since early 2018, China has banned many recycled materials from entering the country and has chosen not to accept others unless they meet an extremely strict contamination rate of 0.5 percent. The rate of trash contamination in the average American recycling truck after collecting from a neighborhood or office park varies. However, it can reach 25 percent or higher. (A decade ago, the average rate was closer to seven percent, proving that our recycling habits are degenerating.)

Developing countries seeking to fill the gap left by China and accept recyclables for import have enacted similarly strict recycling contamination standards.  Processors in the States have as well. Since we relied on China for many years and our domestic growth has slowed, there aren’t enough manufacturing outlets for recyclables in the U.S. Thus, those that are in operation can afford to have high standards.

These days, a recycling truck may drive into the sorting facility with a load to be dropped off and an inspector makes a visual assessment. They may conclude that contamination is higher than a certain cost-efficiency threshold.  Then, the truck may be turned away and sent to the landfill. When all the loads are contaminated and processors must take extra time and manpower to clean them up, recycled materials become more expensive to buy. Manufacturers then throw up their hands and use cheaper virgin material straight from the Earth to make their products instead. That’s why contamination—no matter how innocently it got there—harms the planet and threatens the continued existence of recycling. 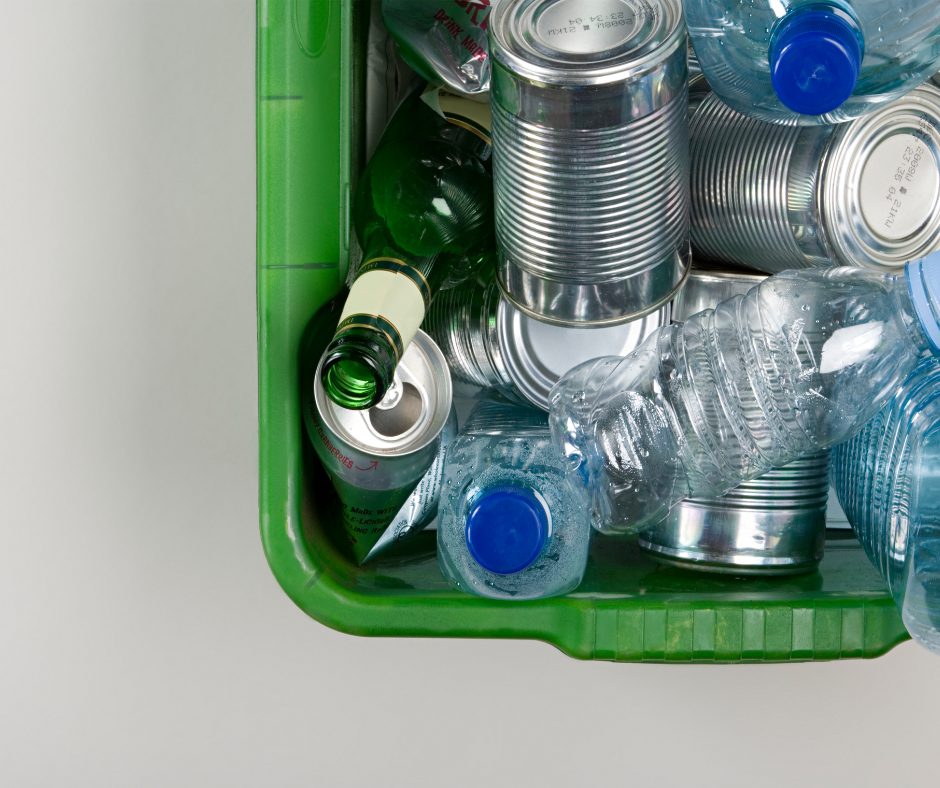 How to Recycle Better

All this might sound alarming or depressing, but it’s not the time for getting down in the dumps. We’re at a crossroads and we need to take action! Learning how to recycle correctly and then teaching your family members, neighbors, and coworkers will be a huge help to the recycling system. We all want to reduce our waste, but wishful recycling isn’t the way to get there.

To do your part, commit to:

Check with your county, town, or waste hauler for the latest local recycling guidelines. Take a tour of the recycling processing facility where your recyclables are sorted out and packaged for sale to manufacturers. Operations managers at these facilities are the most accurate source for information on what is truly recyclable in your area. And don’t despair if the list of accepted recyclables is short—there are ways to recycle more at stores, recycling events, donation centers, and even via free mail-in recycling.

Typically the worst recycling sins include plastic bags and stretchy film (as Jessie learned at her tour of her local recycling processing facility), bagged recycling, anything yucky or smelly like food or liquids, “tanglers” like chains and holiday lights, and potentially hazardous items like batteries and propane tanks.

Once you’re a confident recycler, help get the message out there! Share reminders about recycling correctly on your personal social media pages. Spread the word in community and neighborhood groups like the PTA, the HOA, and your neighborhood Nextdoor app. Or start a group like Gwinnett Recycles!

The shifting sands of recycling have uncovered some uncomfortable truths. Some things (especially plastics #3 through #7) are really hard to recycle.  There is no “away”—our trash and even our recycling affects the communities where it ends up. I’m grateful to shops like Tiny Yellow Bungalow helping us to reduce our waste footprint, embrace reusables, and live aligned with our values in a world where wishful recycling doesn’t serve us or the planet.

2 thoughts on “Wishful Recycling: How Can We Improve How We Recycle?”

Join Waitlist We will inform you when the product arrives in stock. Please leave your valid email address below.